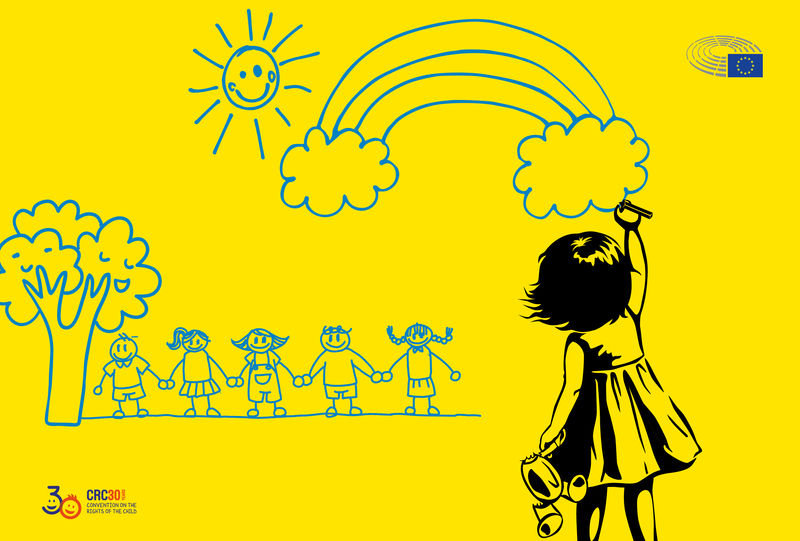 On the 20 November 2019, the European Parliament hosted a high level event in Brussels to celebrate the 30th anniversary of the United Nations Convention on the Rights of the Child (UNCRC).

The UNCRC is the most widely ratified international human rights treaty in history, and its enshrined principles have helped ensure better protection of the rights of millions of children around the globe since its adoption. Eurochild’s work is underpinned by the values laid down in this agreement.

Eurochild cooperated with a number of international child rights organisations to coordinate child participation at the anniversary event, and to support these children in expressing their views on the current state of children’s rights both inside and outside of the EU.

The 12 members of the Eurochild Children’s Council, who work with Eurochild to ensure meaningful child participation is embedded throughout our work, have also been involved in preparations for the event and will be present in Brussels on 20 November to participate in the celebrations. The anniversary was an important opportunity for them to highlight and discuss a number of issues with EU decision makers including finding meaningful ways for children to actively participate in policy work at European, national and local level, addressing barriers to the full enjoyment of child rights amongst children, and fighting child poverty.

The Eurochild Children’s Council brought these issues to the European Parliament through meetings and interviews with Members of European Parliament, as well as through their participation in the high level conference in the plenary chamber where Sioda, 14 years, hailing from Mayo, Ireland delivered a speech prepared collectively by all 12 members of the Council.

The views of 20,000 children, collected via the Europe Kids Want survey, run by Eurochild and UNICEF over a year across Europe, have also been shared on this occasion.

Eurochild President, H.E Marie-Louise Coleiro Preca spoke at the anniversary celebrations, on a panel focused on the impact of the UNCRC on the lives of children across the EU including existing challenges and opportunities for the child rights agenda.

The event was attended by many dignitaries, including Belgium’s Queen Mathilde, together with David Sassoli, President of the European Parliament. EU leaders will be called upon to deliver six asks for fulfilment of children's rights worldwide - Read the demands here.

Learn about the programme here.