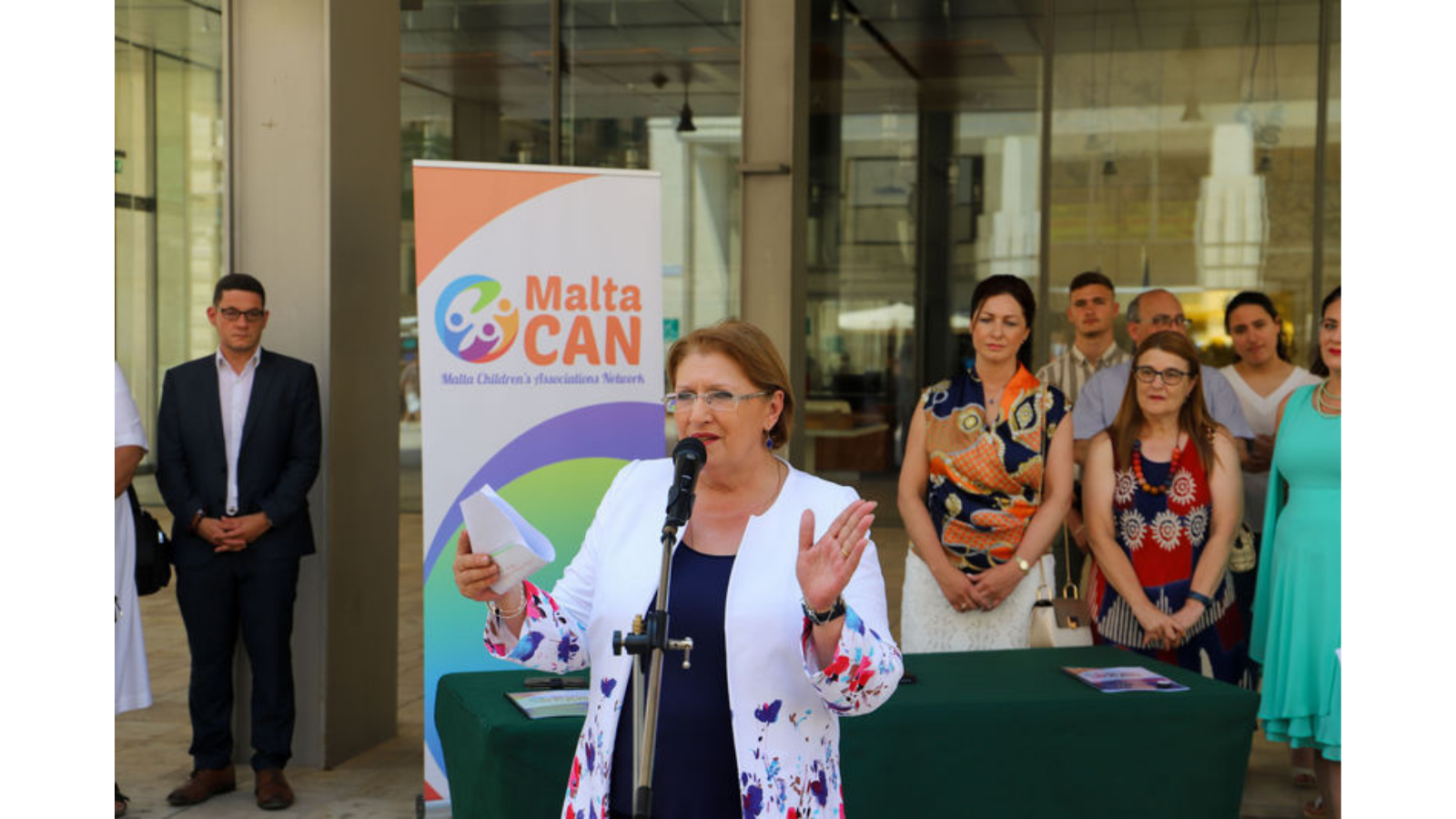 Thirteen organisations working with children have united under one umbrella network to serve as a united voice for children and to ensure their rights are enshrined in the law.

Called the Malta Children’s Associations Network (MaltaCAN), this new platform was inspired by Eurochild President Marie-Louise Coleiro Preca and is being set up to promote, foster and support children’s rights and child participatory mechanisms in Malta.

“This is the first network of its kind in Malta and I believe it will open up new possibilities for the effective implementation of children’s rights at a local level. It will also consolidate the efforts of all these 13 organisations – and others who wish to join – to achieve meaningful child participation in all sectors of our society,” Ms Coleiro Preca, former President Emeritus, said.

The network is being facilitated by the Malta Foundation for the Wellbeing of Society as part of its fifth anniversary celebrations. It will be aligning its work to the UN Convention for the Rights of the Child, and prioritising child participation through an integrative and collaborative approach.

Ms Coleiro Preca said: “As President of Eurochild, I strongly believe MaltaCAN is a step in the right direction to ensure children will truly become valued contributors to our society, as they rightfully deserve.

“The network is a collaborative effort to ensure children’s rights are observed and meaningful child participatory mechanisms are in place. It is truly this spirit of collaboration which needs to be nurtured in Malta to achieve the goals enshrined in the UN Convention for the Rights of the Child, which celebrates its 30th Anniversary this year.”

The network’s main aim is to give greater visibility towards a better understanding of children’s rights, and putting mindfulness practices on the national agenda.

The importance of children’s rights is widespread, capturing all areas of society, so the network brings together numerous organisations whose main interest is a child’s well-being.

Ms Coleiro Preca said the strengths of each respective member complemented the network’s vision for a multidisciplinary approach to mainstream children’s rights.

The members, she added, would be encouraged to pursue networking exchanges to strengthen their role in affecting change; establish a child right’s champion model; and share their expertise with the network to provide training and capacity building in relevant fields and sectors.