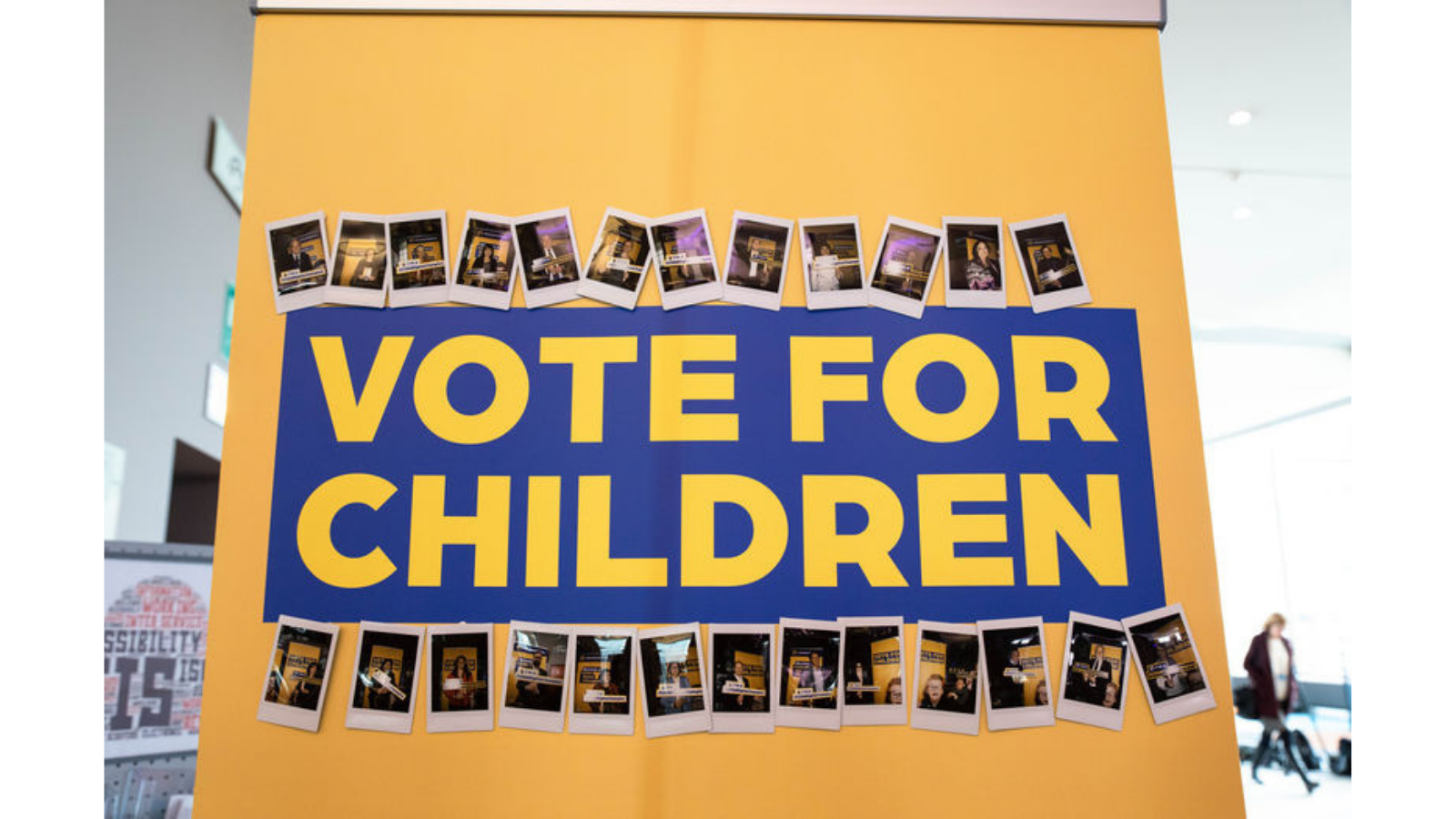 Child rights organisations across Europe today have joined forces to recruit a new generation of Members of Parliament (MEPs) to protect and defend children’s rights when elected in May.

The Vote for Children coalition has linked up with MEPs from the European Parliament Intergroup on Children’s Rights to encourage candidates running in the elections to become ‘Child Rights Champions’. Candidates will become Child Rights Champions by pledging to BREAK cycles of poverty and inequality in Europe, INVEST in children both inside and outside the bloc, LISTEN to children’s voices and INVOLVE them in decisions affecting them.

Anita Bay Bundegaard, Director of Save the Children International’s EU Advocacy Office, said: “The Vote for Children campaign is bringing children into the debate around the European elections and inviting candidates to champion children.”

“There are 100 million children living in the European Union and even more outside of Europe. These are not only numbers, these are futures. If a potential Member of the European Parliament promises to deliver a better future, that must start with investing in and listening to children.”

The campaign is an urgent call to action to guarantee children’s wellbeing. Over 25 million children in Europe are at risk of poverty and exclusion, with one in six children outside Europe living in conflict settings, where boys and girls are increasingly victims of targeted and gender-based violence.

Sandie Blanchet, Director of UNICEF’s EU office, said: “We need a Europe that protects and promotes the rights of every child, everywhere across the world. As we celebrate the 30th anniversary of the Convention of the Rights of the Child, ratified by all EU Member States, the EU has a historic opportunity to become the first regional institution that listens to children and involves them in decisions affecting them.”

MEP Caterina Chinnici, Co-Chair of the Child Rights Intergroup in the European Parliament, said: "MEPs play a strategic role to put the protection of children's rights at the heart of EU policy choices. Today's action demonstrates how positive the collaboration between the European Parliament intergroup and child-focused organisations has been. By joining forces with civil society, many important initiatives have been implemented and the Vote for Children campaign acknowledges the work done during this legislature and calls for continuity in the next Parliament.”

•    MEPs will be photographed holding a #ChildRightsChampion panel after they have signed their pledge.
•    The Vote for Children coalition consists of 14 organisations working on children’s issues. They are ChildFund Alliance, Eurochild, Hope and Homes for Children, Lumos, Missing Children Europe, Plan International, Save the Children, SOS Children’s Villages International, Terre des Hommes, European Youth Forum, PICUM, Scouts, World Vision and UNICEF.
•    The campaign was launched by jointly by the Vote for Children coalition and the Child Rights Intergroup in the European Parliament. The Intergroup is a cross-party group of MEPs who work to advance children’s rights within the European Parliament.