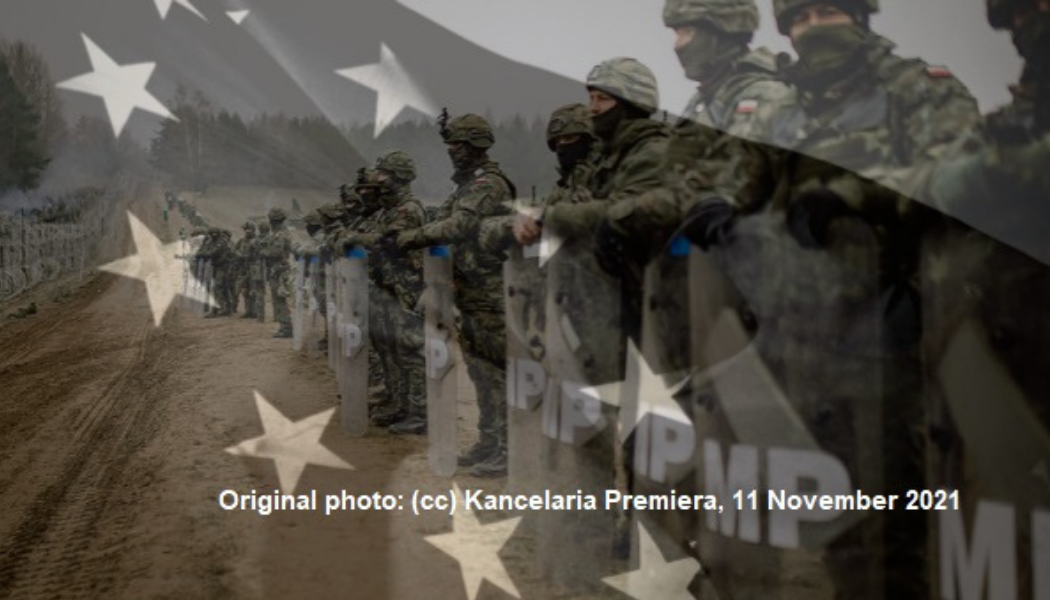 Joint Statement - Call on the EU: Restore Rights and Values at Europe’s Borders

Eurochild signed a statement by ECRE on the continuing humanitarian crisis at the borders between the EU and Belarus. The Statement calls for a strong response from the EU, EU Member States, that is in line with EU and international standards.

As European civil society and professional organisations working on asylum, migration, humanitarian assistance and human rights, we are shocked by the continuing humanitarian crisis at the borders between the EU and Belarus which causes immense suffering and has led to the deaths of at least ten people.

While we fully condemn the actions of Belarus, we urge a response from the EU, the EU’s Member States, and all relevant European and international organisations that is in line with EU and international legal obligations and with standards of common decency.

While the people in the middle of the crisis are being used as parties in the conflict between the EU and Belarus which has a security dimension, the people themselves are not a security threat, and should neither be referred to nor be treated by either side as though they were a weapon. Indeed, all accounts suggest that there are many highly vulnerable groups among those caught up in these events, including pregnant women, families with young children and people who are elderly or injured. Among them are people who have fled war and persecution from Syria, Yemen, Afghanistan and Iraq, and who, in the absence of safe and legal pathways, had no alternative way to reach safety. We also note that despite the serious tensions that exist between the states involved, the situation, like many others at the EU’s borders, is manageable, and should be approached with a sense of perspective. Globally, many countries in very fragile situations face complex displacement challenges, with geo-political and security dimensions and involving far larger numbers of people. What is needed is a clear-headed response that includes a firm defence of the right to asylum, and of EU and international law.

We thus propose the following responses covering the various elements of the crisis:

Under EU and international law, everyone seeking asylum at the borders, irrespective of the manner of their arrival, has the right to make an asylum application. Access to asylum in Poland, Lithuania and Latvia should immediately be restored both in law and in practice. This means that all measures aimed at preventing people from accessing EU territory and from lodging an application for asylum, must cease. This includes preventing people from reaching the EU’s territory, including through the use of force and instructions to border guards to conduct push-backs, prohibiting their asylum applications from being lodged through limiting effective access to the procedure via geographical restrictions on where claims can be lodged, and attempting to derogate from asylum law and protection against refoulement.

In the short-term, it is essential that the states involved grant humanitarian access to the people affected so that humanitarian organisations can reach them and provide assistance. The fact that EU Member States prevent the delivery of life-saving assistance to people, some of whom are extremely vulnerable, is deplorable and reckless. It furthermore risks having negative implications for humanitarian access in displacement contexts outside the EU and undermines the EU’s role as a credible humanitarian actor.

Should the stand-off continue, the decision to immediately evacuate people from the border region into EU Member States, also by making use of the offers already received from civil society, cities and faith groups to welcome people is one option that could prevent further loss of life. In parallel, EU Member States should discuss and agree on ad-hoc relocation arrangements. Transporting people to third countries for asylum processing as has been proposed is unlawful under international and EU law, and politically unfeasible.

The situation at the external border has led to changes to domestic asylum legislation. As legal analysis of the adopted legislation in Lithuania, Poland and Latvia demonstrates, some legislative changes are incompatible with the EU asylum acquis, the EU Treaties, the Charter for Fundamental Rights, and international law. In Lithuania, the changes aim to restrict access to asylum; remove protections for people in vulnerable situations; allow for automatic detention; restrict access to an effective legal remedy; and reduce access to reception conditions.

In the case of Poland, the new legislation is in direct violation of the principle of non-refoulement by allowing the removal of people from Poland even after they have applied for international protection and without an individual examination of whether the removal will lead to a violation of their human rights. In Latvia, the changes preclude the possibility of seeking asylum for persons crossing the border, meaning the right to seek asylum and protection against refoulement is not respected. While some of the amendments are – in theory – temporary and their application geographically restricted, they nevertheless risk institutionalising unlawful practice. Seeking asylum is a fundamental right and non-refoulement is a non-derogable principle that must be observed even in times of emergency.

The European Commission needs to follow through on its request to Member States to remove aspects of the legislation which violate EU law. Compliance with EU law should be a basic condition for all EU support. If Member States refuse to respect EU and international law, infringement and disciplinary measures must be considered.

The situation at the EU’s borders has provoked attempts by Member States to intimidate and repress independent civil society, media and legal practitioners seeking to respond in line with their professional functions. Activities aimed at providing humanitarian assistance and legal aid to people at the border must not be criminalised. Banning access to the border zones for civil society and journalists not only leaves people without support but also has repercussions for the work of independent civil society and media beyond Europe. It is essential that the situation in the border area is monitored by independent actors to ensure that EU and international law is respected. Acts of violence need to be condemned and investigated.

Currently, the EU is proactively seeking agreements with third countries either to stop people from arriving at the EU’s border or to take back their nationals. It must be ensured that any agreement with third countries, such as Iraq, Turkey or Lebanon is in line with international human rights standards, starting with the right to leave one’s country and non-refoulement obligations. To enable democratic accountability over EU agreements with third countries, the content of any arrangements should be made publicly available, and the European Parliament should have a meaningful role in monitoring agreements. Independent monitoring and support to those returning should also be guaranteed.

The EU and its Member States must respond to the crisis at the border in accordance with their international and EU legal obligations. The current political and legal framework, if applied, provides all the elements for handling this situation in a rights based, calm and well managed manner. We are alarmed to hear of proposals being drafted that may allow for unjustifiable derogations from EU and international law. 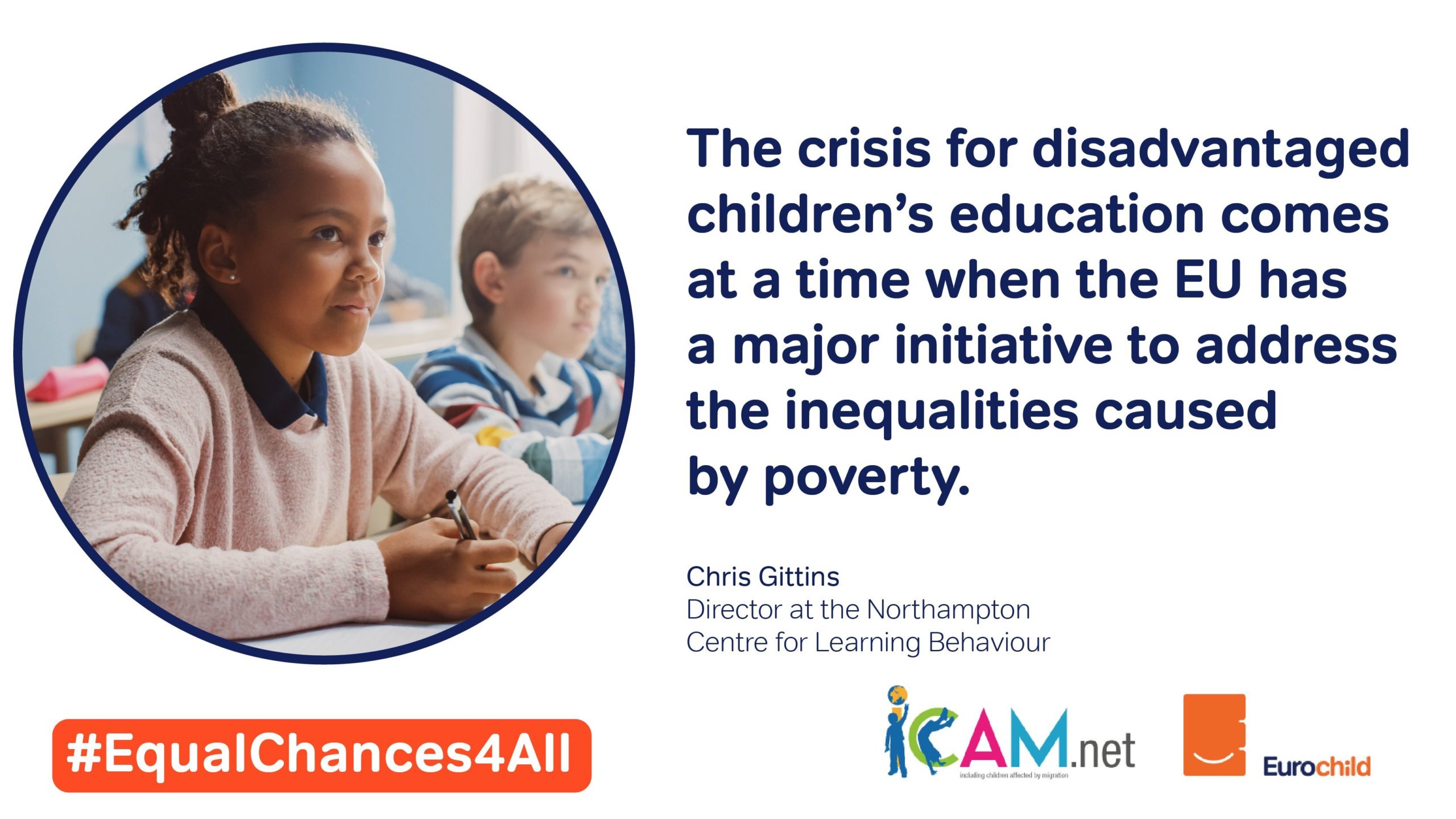 Are schools in Europe today fit for purpose?

Ahead of World Children’s Day 2021, Eurochild and its members in the ICAM Programme discussed solutions on how to respond to the impact of COVID-19 on children’s right to education.…
read more

24 November 2021; 13:00 to 15:30 (Lisbon Time); ZOOM The online event by the NOVA Centre on Business, Human Rights and the Environment is part of the First Annual Conference…
read more 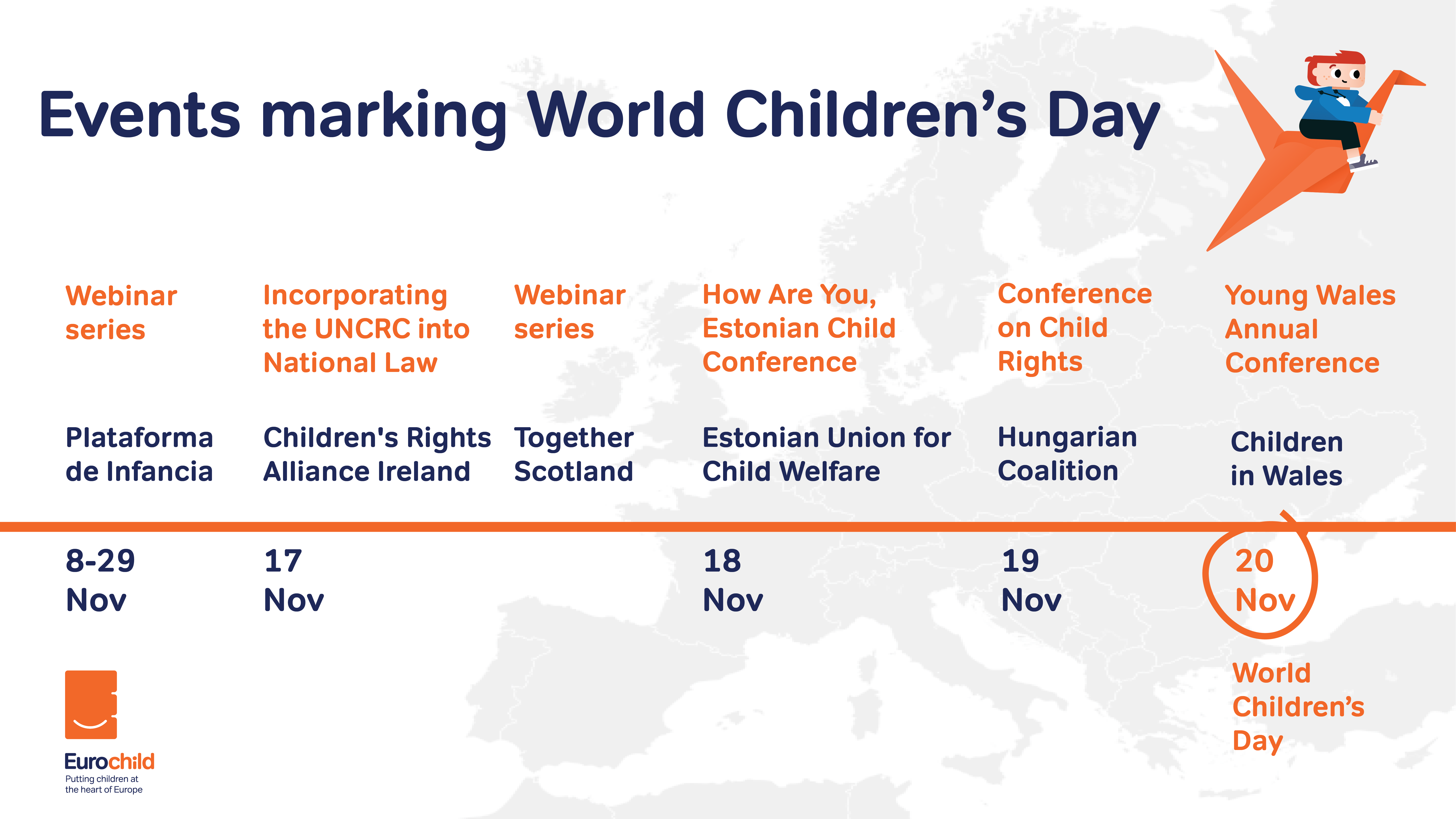 Every year, the Universal Children’s Day on 20 November is a special occasion for the children’s rights movement to celebrate achievements and reflect on how far we have come and…
read more