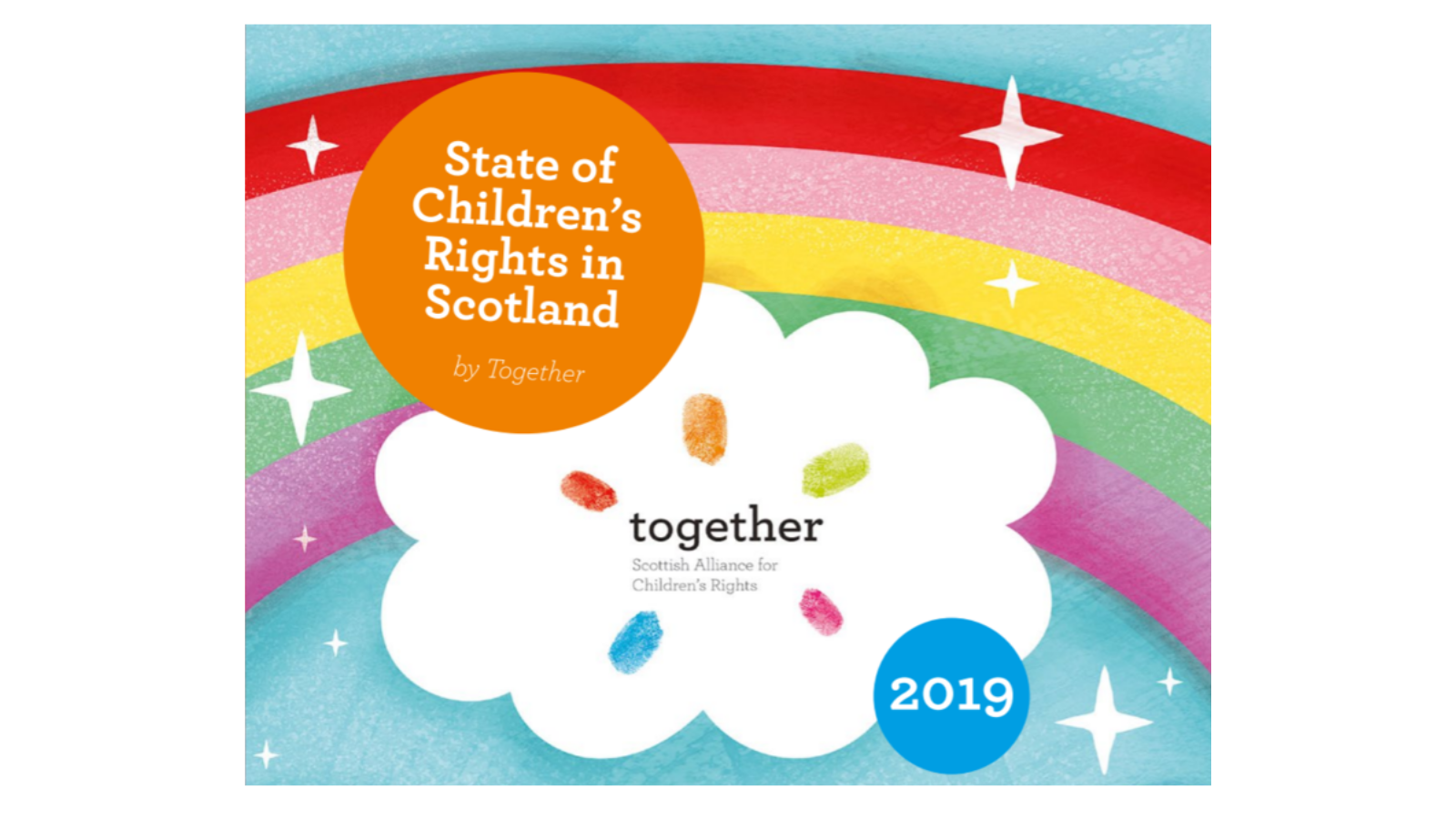 Launch of the State of Children's Right Report Scotland

Scotland has, for many years, been exemplary for both political and non-governmental commitment to the implementation of children’s rights. Scotland has not only a Minister for Children and Young People (Scottish National Party MSP Maree Todd), but a Children and Young People’s Commissioner: Bruce Adamson. These roles, created to ensure children have a voice in political decision-making, show a government-level commitment to children’s rights in Scotland. 2019 proved no different: The Scottish government has committed to fully and directly incorporate the UNCRC and Optional Protocols into Scottish law by early 2021. This ground-breaking measure highlights the positive attitude of the Scottish government towards human rights as a whole. Before Together could even publish their recommendation for free public transport for children, the Scottish Government announced a scheme for free bus travel for under 19s.

However, Director of Together Juliet Harris noted that caution must be taken to ensure real change happens for children in Scotland. ‘Whilst there have been many legislative and policy developments – and high-level political commitments,’ she noted, ‘these have not always translated into real changein children and young people’s experience of their rights.’ In particular, child poverty remained a key issue that Together called on the Scottish government to tackle as a priority, with Juliet Harris noting that ‘the fact this is happening in Scotland today just isn’t good enough’. The potential loss of EU funding through Brexit added to these concerns.

Yet, commitments to ensure real change for the situation of children in Scotland are occurring. Speaker Maree Todd, Member of the Scottish Parliament and Minister for Children and Young People, celebrated the implementation of the UNCRC in Scottish law, as well as ‘our commitment to eradicate child poverty in Scotland, outlining concrete actions to make progress. Our plan to give £10 a week to families (the Scottish Child Payment) in most need will lift 30,000 children out of poverty. That is outstanding.’

Children participating in the event were proud of the notable achievements Scotland has made. Child participation was a particular highlight: Jack, 16, a member of the Scottish Youth Parliament, noted that the SYP not only allows children to directly participate at a decision-making level, but is run by children, for children. ‘‘The SYP is the democratically elected voice of Scotland’s young people. We are youth led, including our Board of Trustees. No other youth organisation exists like this across the UK, and possibly Europe.’ Emily and Arden, 11, from the Children’s Parliament, added that ‘the Children’s Parliament has given me the opportunity to actually understand my own rights, instead of just reading about them in class.’

Following the launch of the State of Children’s Rights in Scotland report, Eurochild asked the speakers about Brexit, political representation for children, and child poverty. The opportunity to talk to high-level politicians and decision-makers directly showed Scotland’s commitment to children’s rights as a whole. Brexit was a concern for all: Maree Todd, MSP, noted that it is why ‘we are choosing to incorporate the UNCRC at this time.’ Juliet Harris, Director of Together, noted that a ‘real push is required to make sure Brexit doesn’t affect us.’ Additionally, child poverty is one of the issues that Maree Todd states ‘causes the most concern’. ‘We have action plans in place,’ she noted, ‘by 2022, 30,000 children will be lifted out of poverty by the Scottish Child Payment.’ Bruce Adamson, Children and Young People’s Commissioner, stated that ‘poverty is a political choice. Poverty is one of the biggest human rights issues facing children in Scotland. We need a rights-based approach to budgeting.’

However, Scotland’s exemplary political representation for children provides a concrete way for these issues to be tackled. Bruce Adamson sees his role as Commissioner as necessary: ‘it’s incumbent upon those in power to address the views of children and ensure full participation in decision-making.’ Maree Todd is confident in her current government’s ability to ‘future-proof’ policy and legislation for children: ‘In Scotland, children and young people are at the heart of our government. This may not always be the case: this is why legislation is so important.’