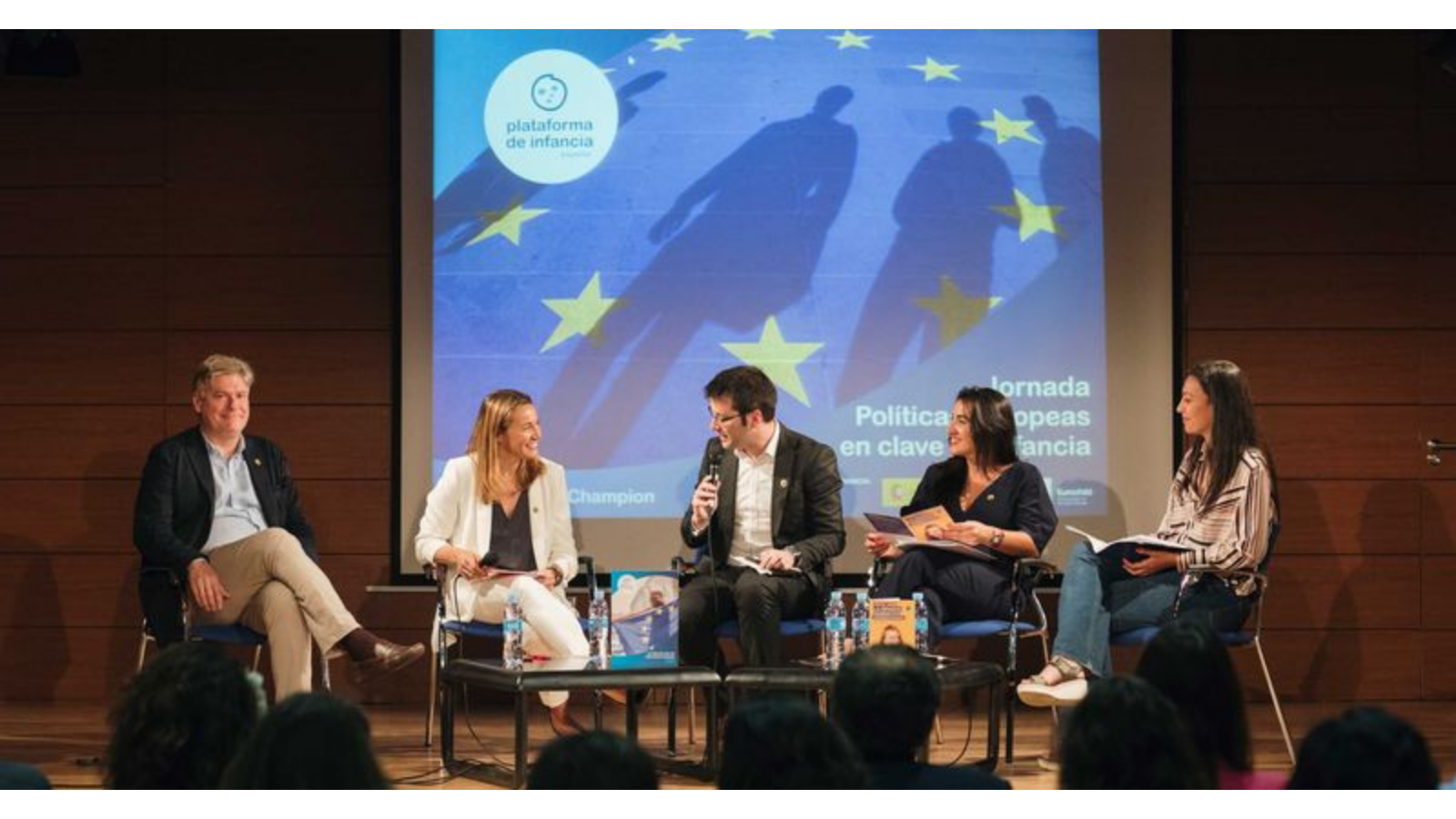 As part of this campaign, an event was organised in Madrid on 14 May in which representatives of the main national political parties for the European Parliament who already had representation and social organisations were invited to speak about child rights and the proposals of the different parties.

Reka Tunyogi, a member of Eurochild, and representatives of children's organisations in Spain took part in the conference, highlighting the progress made and the pending challenges in Europe with a view to guaranteeing children's rights.

Candidates from four political parties that had previously become Child Rights Champions participated: Susana Solís (Citizens), Patricia Caro (United We Can), Mónica Silvana (PSOE) and Antonio López-Istúriz (PP). All of them reaffirmed their commitment as Child Rights Champion in case they were elected:

- Susana Solís, candidate for Ciudadanos, considered that it is necessary to focus on education to break the circle of poverty, and especially in 0-3 education that allows family conciliation but also makes that social gap between boys and girls disappears at an early age.

- Patricia Caro, candidate for Unidas Podemos spoke, among other measures, of the need to promote a universal child benefit guaranteed by the European Union, when States are unable to do so, in order to put an end to child poverty.

- Mónica Silvana, candidate for PSOE, spoke of the need to develop and implement the Child Guarantee in all member states and of the importance of the 5% of the European Social Fundthat is allocated to children, as a valuable instrument to fight against child poverty.

- Antonio López-Isturiz, candidate to the European Parliament for the PP, mentioned the importance of maintaining the Children's Intergroup, of which he is the founder, but pointed out that it is essential to work during the next five years so that there is a Specific Committee within the European Parliament itself dedicated to children, as well as a specific children's policy that forms part of the portfolio of a European commissioner.

Finally, all of them ended the event by reaching out to all organisations to work together for children's rights in case they were elected.

Following the European elections, Susana Solís, Mónica Silvana and Antonio López-Istúriz were elected MEPs. But not only they have committed themselves to defend children's rights in Parliament, there are a total of 17 Spanish Child Rights Champions from different political parties that will contribute, with the support of children's organisations, to put children's policies at the centre of the debate, integrating themselves into the different political groups.